When I compiled a list of my most important work events of 2013, I surprised myself. It was really a whirlwind last year. I don’t want the following list to look like I am bragging, but it mainly shows the many new things I tried, many things I start, things I improved, and things I did for the first time… >> END_OF_DOCUMENT_TOKEN_TO_BE_REPLACED 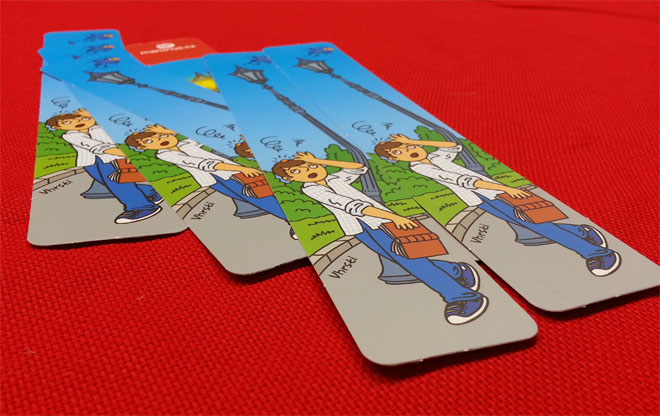 A limited edition of bookmarks from the e-shop bookstore Martinus has grown this January with a new addition. If you order some of their books in January, they’ll send you a bookmark with an illustrated story about one of the main problems of bookworms. There’s no other way to get this great bookmark with my pictures… 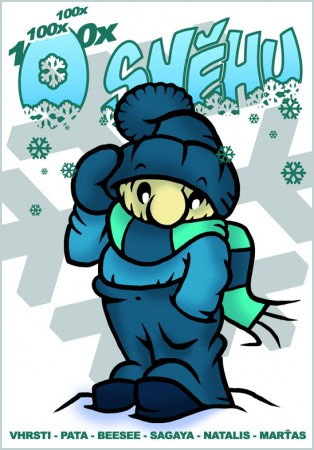 Although there’s no snow outside, I received a notable comic book with lot of snow in it. It’s the special 8th issue of the BubbleGun fanzine, with a project of cartoonist Pavel Pata Talas, called 100x About Snow. I contributed fifty comic scripts (from one hundred), and also wrote the Prologue. So it’s the first comic book I contributed to just as a writer, not as an artist. 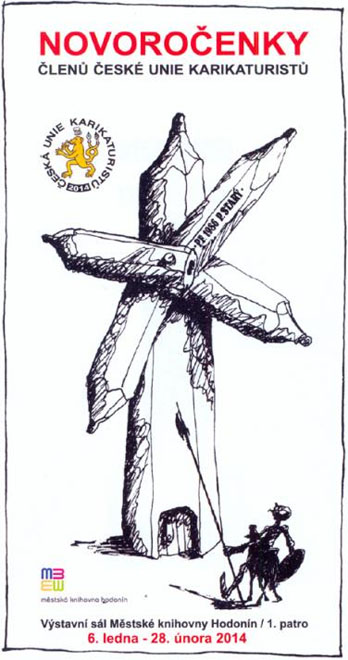 The exhibition hall of the Municipal Library in Hodonin is hosting an exhibition of personal New Year Cards of the Czech Union of Cartoonists members from 6th January to 28th February. You can see a few my „doggish“ cards there, among others. 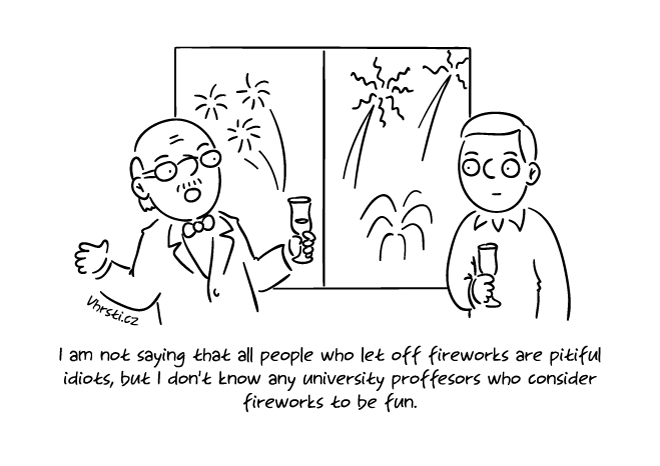 I am not saying that all people who let off fireworks are pitiful idiots, but I don’t know any university proffesors who consider fireworks to be fun.