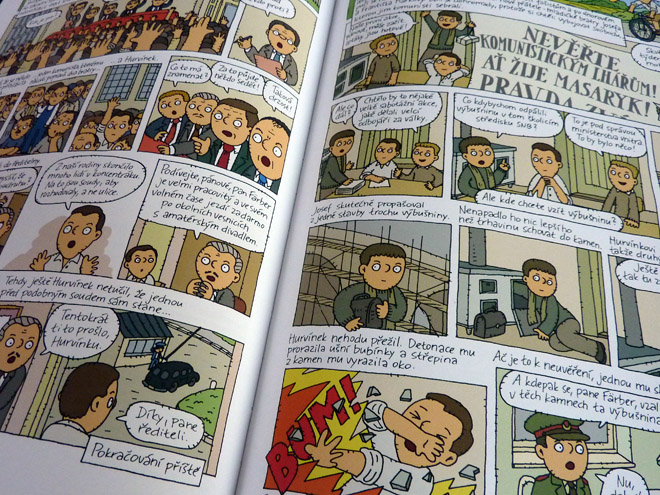 My comic “Hurvinek’s Stories”, about the life of Leopold Färber has unexpectedly started to be published in Skaut Magazine. I wrote this comic three years ago for the“We Are Still at War – Stories of the 20th Century” project. The first two stories, “Hunchback the Spy” and “Boxes behind the Bowling-alley” were published in the December issue.